The initiative for this project came from young people living in Barlow Moor housing estate, very close to the site. Along with the rest of the neighbourhood, these young people were fed up with the poor condition of the brick archway that was previously here and which suffered from persistent vandalism.

This entrance at one end of a surviving historical vista that once led to the stately home of the landowner (the Barlow family) is viewed as an important local landmark. The young people talked to youth workers about the idea of replacing the entrance with a new structure that would be more contemporary and vandal resistant. This led to leaders from Manchester Youth Service teaming up with the Residents and Tenants Association to set up the commission.

I teamed up with another artist, Ann Gilligan, and we worked with the youth group to make key decisions and produce a basic design concept for the new feature.  We hired a minibus and took the group on a tour of various other recent developments around Greater Manchester to see different styles of work, consider materials that might be used and generally gather some inspiration. The tour included a look at another recent commissioned project for Groundwork Manchester, where I’d worked with two other youth club groups to design entrance features, seats and fence panels inspired by the cotton mills, all in stainless steel. This was a big hit and the group decided that the new Barlow Moor archway should be made in stainless steel too. 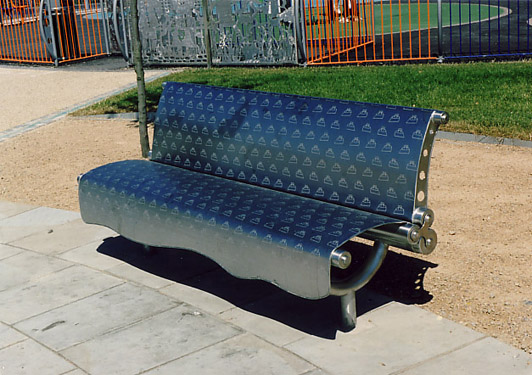 In the workshops, we considered the significance of creating a new archway in the year of the new millennium and this led to the idea of depicting objects that we use in our day-to-day lives to create icons. 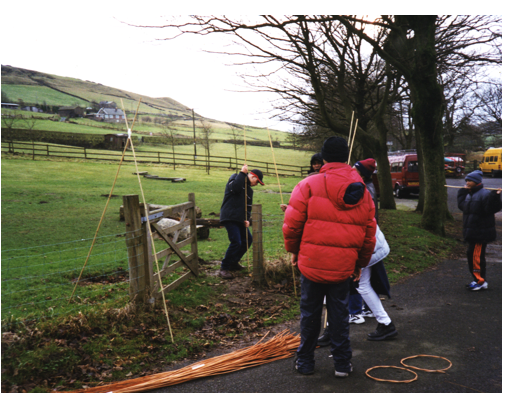 Next, we wanted to consider the overall form that the feature might take. We used willow withies to create a temporary structure in order to explore different possibilities. The outcomes of these activities all contributed into the production of a set of three design options for the finished piece of work. These three designs were drawn up, mounted and displayed to the wider community, who were invited to vote for their preferred option.

We worked with ABR Fabrications, who specialise in stainless steel work, to make and install the archway panels, in consultation with officers from Manchester City Council.

Barlow Moor Archway quickly became a popular landmark and meeting point for local people and has continued to retain its bright, clean modern good looks. As it is made from stainless steel, it reflects both the streetlight and the headlights of passing vehicles, so that it shines out in the dark. 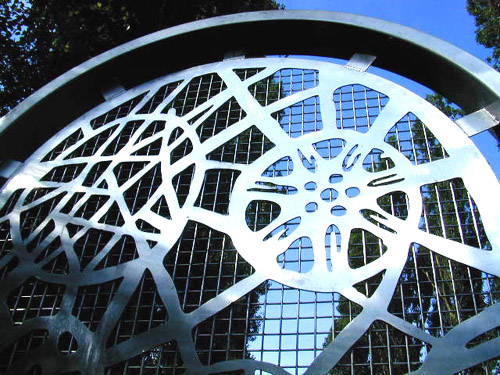