I have loved working in my space at Last Loft Studios in Talbot Mill for the past 10 years or so. During my time here, various artists and makers have left the group to relocate across the globe and new artists have joined. The current mix is a vibrant and happy collective with a wide range of skills and experience, producing a fascinating and eclectic creative output.

We have just exhibited within the mill as part of “A Grand Exposition“, an ambitious event organised by the guys on the 3rd Floor – Cornbrook Creative – in collaboration with Manchester Science Festival supported by the developers Capital and Centric, who have recently purchased the building for development.

Setting up the Last Loft exhibition at Talbot Mill’s “A Grand Exposition” event. In the foreground “Its Bark is Worse Than Its Bike” sculpture by Caroline Channing

The Blues by Tracey Cartledge

The Girl Who Fought by Tracey Cartledge 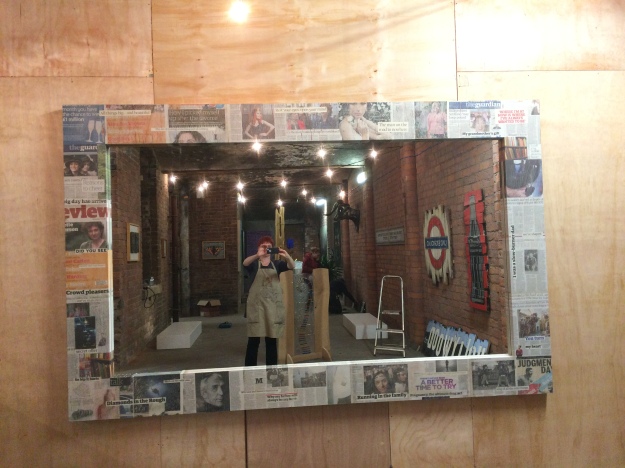 Last Loft Studios was established by artist Liam Curtin in 2005. Liam was Manchester City Council’s first ever appointed artist-in-residence for the new Northern Quarter in 1994 and was instrumental to its early cultural development.

He took on the 2nd Floor unit in Talbot Mill on Ellesmere Street for studio space in 2005. As Liam signed the contract for the Talbot Mill unit, I had just moved to a space in Wellington House in Ancoats, following almost two years renting a studio in the Northern Quarter. A year later, I left Wellington House to join Liam’s evolving new group. 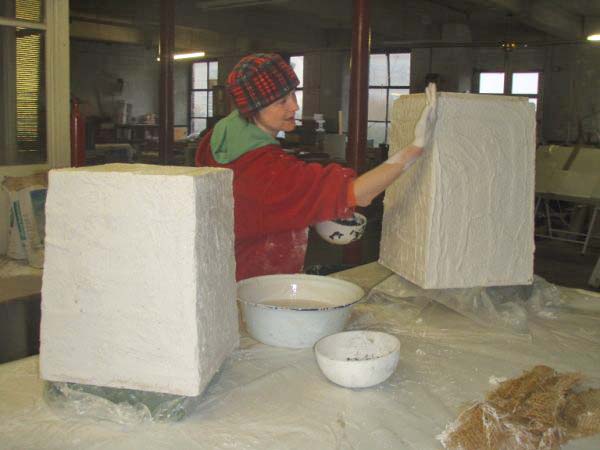 Talbot Mill was very appealing. It is part of Manchester’s powerful industrial heritage, just like other surviving mills and warehouses close to the Bridgewater Canal in Cornbrook. Including the mill where I had my first studio as a member of SIGMA – Sculptors in Greater Manchester Association, from 1991 to 2003, also on Ellesmere Street.

The old SIGMA premises was in Terres Building, now an apartment block called Albert Mill owned by Urban Splash. For artists in Manchester, these run down mill spaces have proved ideal for studio space over the past 30 years. The rents have been affordable, the space and light is unparalleled, there is usually an antiquated goods lift and useful loading bay and the locations tend to be conveniently close to the city but outside expensive parking zones. 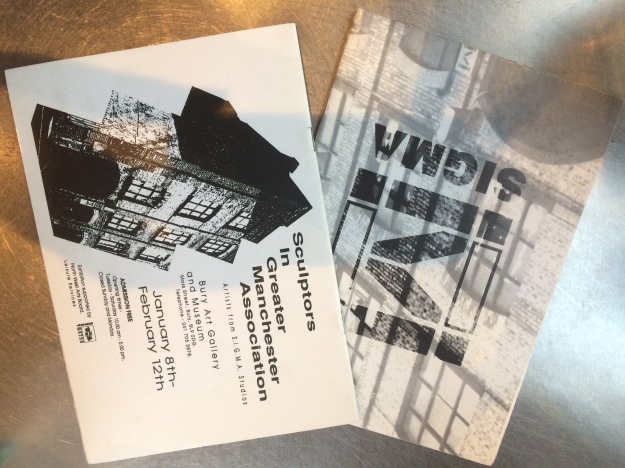 SIGMA was set up in 1983 by a small group of recent fine art graduates to provide space specifically for sculptors in the North West Region, around the same time as their contemporaries set up MASA – Manchester Artist Studios Association. SIGMA received significant grant funding and the founding group of artists were well supported by the visual arts officer, Virginia Tandy, of what was then the North West Arts Board.

Virginia continued to make regular visits to Manchester’s studio groups, providing useful advise and assistance about grant applications, studio administration etc. Later, the NWAB was absorbed into Arts Council England and Virginia Tandy went on to other roles including becoming director of Manchester City Art Gallery, overseeing its major expansion and refurbishment in 2002. (She was awarded an OBE for her services to the arts in 2009)

Last Loft Studios has operated independently without any form of subsidy or grant for the arts. It has simply acted to provide work space for artists at the lowest possible rent, nothing more and it has done this very well. However, other artists and artist groups came and took space in the building and in neighbouring buildings, continuing to build on the ‘buzzy’ creative community of Cornbrook that began with SIGMA and, just ahead of SIGMA, a small group of artists in a railway arch around the corner. One of these was friend and sculptor Adrian Moakes, who stayed there until he, too, was finally forced to move out only a couple of years ago. Some of these creatives came together to celebrate their time in Cornbrook in the three day event that also served as a fond farewell for us as we get squeezed out by the rapid surge of development in the vicinity of Ellesmere Street.

So, it’s time to move on again. The artists of Last Loft Studios are hoping to move together in the new year…

We were given an extension to stay at Talbot Mill until September 2018.

In the meantime, some of the artists from Last Loft Studios, myself included, have teamed up with Cornbrook Creative and a number of other makers to form a new group. We plan to move into premises in Ardwick this summmer to form “Cakebread Workshop”…